THE report card has arrived. The grades are not good. Some of them, in fact, are poor indeed. The parents are properly concerned. But what's the best way to react to the bad news?

''Being visibly upset, and getting the child upset over the enormity of what he or she has supposedly done, is one of the worst possible reactions to poor grades,'' said Sanford M. Dornbusch, a researcher at Stanford University in California.

''In fact, we've found that such a reaction leads to a decline in grades in the future,'' said Dr. Dornbusch, a sociologist who is Reed-Hodgson Professor of human biology, sociology and education at Stanford.

''What does work,'' Dr. Dornbusch said, ''is the low-key, positive response - offering praise for the positive aspects of a child's performance, encouraging the child to do better with those things that aren't going so well and offering to help.''

Dr. Dornbusch is the principal investigator of the Study of Stanford and the Schools, a survey of 7,836 students in six San Francisco Bay area high schools. The researchers are attempting to understand how students' school performance is affected not just by factors like ethnicity, economic status and social class, but also by their family environments, especially the behavior of their parents.

More than 3,500 parents and 500 teachers also participated in the survey, which has been conducted by Stanford social scientists since 1984.

''Although this has been a study of high school students, we feel that the results may be helpful to parents in elementary schools and preschools as well,'' said Sam Johnson, principal of Capuchino High School in San Bruno, Calif., who planned participation of secondary schools in the study.

The preliminary findings show not only that poorer grades are received by children of parents who express negative reactions to bad report cards, but also that the students' grades are more likely to decline. The grades of about 2,000 of the students were tracked during two years.

''The same was true of parents who punished their children for poor grades,'' Dr. Dornbusch said.

The ''real surprise,'' he said, was that ''even rewarding students for good grades was associated with lower grades and a decline in academic performance.''

Dr. Dornbusch said that one reason for this is suggested by research on nursery school students by a Stanford psychology professor, Mark Lepper. Extrapolating from that work, ''It appears,'' Dr. Dornbusch said, ''as if the act of promising students the use of, say, a car, increases the importance of the car but not the schoolwork. They focus on the external reward and not the learning.''

The most effective parental response, expressing concern and offering to help, ''focuses on the intrinsic motive,'' Dr. Dornbusch said.

''It isn't realistic to expect that parents won't be concerned about poor grades,'' Mr. Johnson said. ''There are many ways to express concern. And then parents can say, 'Is it help or time we can provide, or more information - or even a tutor?' ''

For Mr. Johnson, the study's findings have been of more than theoretical interest. ''I'm talking not just as an administrator but also as a parent,'' he said, referring to his 16-year-old son. ''Now, we've had our share of severe conversations when the grade reports came in. But what our findings indicated to me was that the negative emotions I've expressed haven't been helpful at all in my son's progress and growth.''

Mr. Johnson said that he and his wife had ''begun taking a positive approach, and grades have gone up.''

''In focusing on bad grades,'' Dr. Dornbusch said, ''parents can say things like, 'I know you can do better if you just put out a little more effort.' ''

The exception to the effectiveness of the concerned, helpful approach was ''among students who are doing very badly,'' Dr. Dornbusch said.

''If they've nothing but bad grades,'' he said, ''low-key encouragement doesn't seem to help.''

He suggested that parents of such students go to the school and persist until they can enlist the aid of sympathetic school personnel to work with their children. ''It tells the school that the parents care,'' he said, ''and it says that it's something they really can't handle themselves.'' 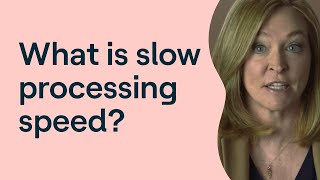 My Child is the Bully: Tips for Parents